Adidas Canada continues to be a significant supporter of Team Unbreakable which means 2019 is already off to a great start! The company is donating funds for our charity,  based on an internal company challenge to seek out a deserving Canadian charity with whom employees could also support in giving back to their community. “We’re so pleased that adidas chose Team Unbreakable to work with. We’re grateful for the financial contribution and we look forward to seeing adidas employees volunteering at various programs in the GTA,” says Team Unbreakable Chair Bob Wordham.

Chris Miall is Director of Sales for adidas and is leading the company’s support of Team Unbreakable.  He is joined by Anna Bissoondial, Helen Troung, Bing Han and Judy Zapata (see photos below). “This is the type of activity that gives meaning to what we do,” says Chris.” 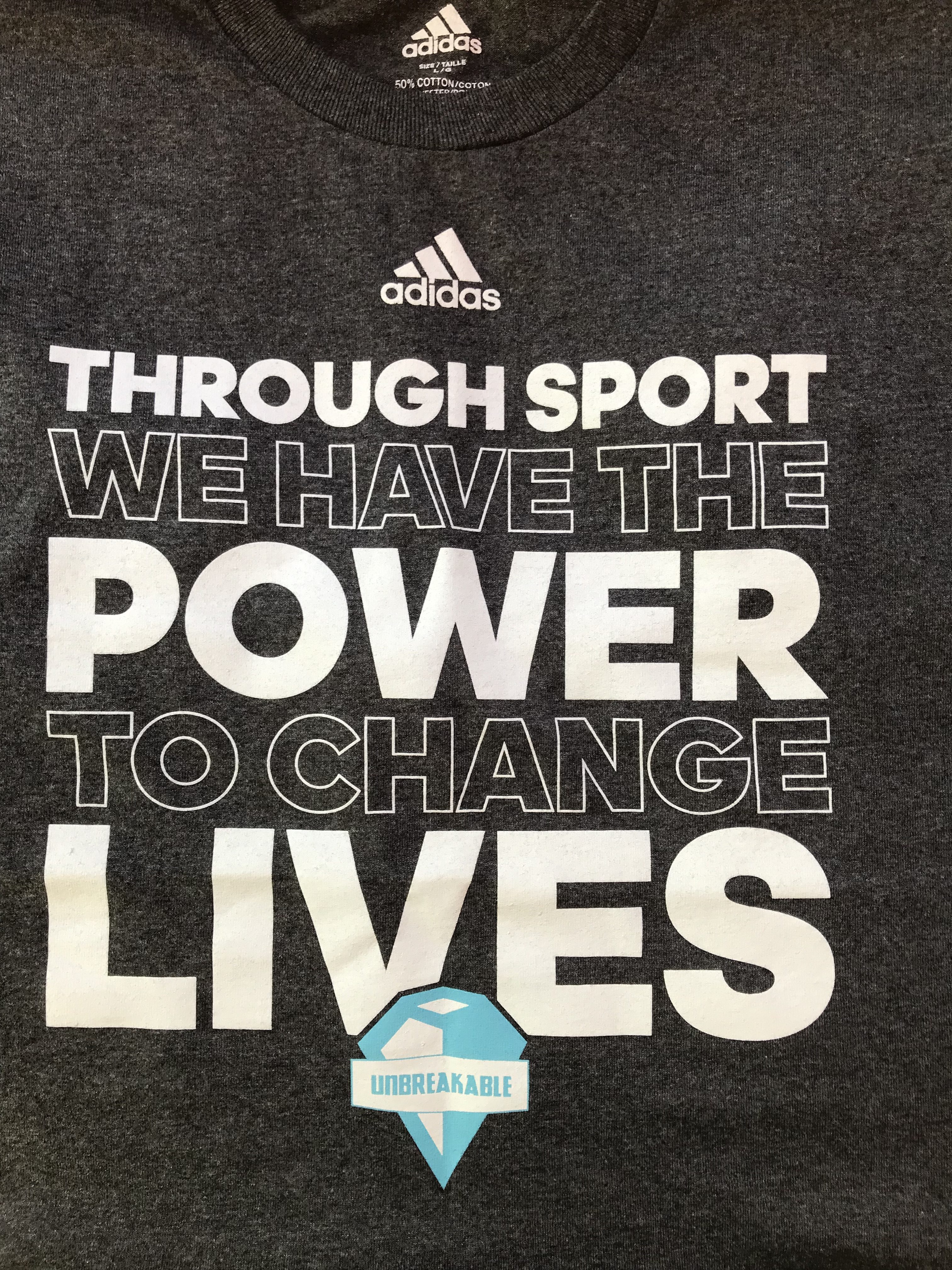 Judy and Bing head up the school volunteer program for the company while Anna and Helen head up an adidas commitment to take some of the awarded money to grow it into a larger contribution to Team Unbreakable. Some initiatives have been discussed an a further announcement could be made in the near future. Judy made the first connection with Team Unbreakable as she was volunteering with the Trillium Health Care run-therapy program as a coach.

A board meeting was held at the adidas headquarters in Toronto and was hosted by Ian Brown, VP sales for adidas group

As a special bonus, adidas donated a run of T-shirts with their motivating slogan, “Through Sport We Have The Power To Change Lives,” that rings true to the Team Unbreakable philosophy of physical health for mental health. These shirts have been sold at Team Unbreakable running events. 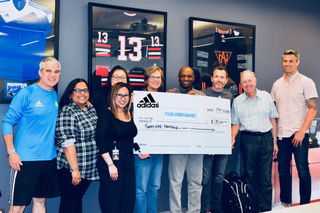