Team Unbreakable programs are taking hold in the community of Walkerton, a small community of approximately 6,000 and located about 2 hours drive north-west of Toronto.

It was more than a year ago that members of the Brockton and Area Family Health Team Susan Dietz, and Derek Ditner,a Social Worker and Kinesiologist respectively, got the program up and going with help from the Team Unbreakable staff in Toronto. Susan and Derek have also teamed up to speak about the programs they have been running in the community to spread the word.

“We heard many positive comments from participants, parents, and the schools about the program. One of the goals we expressed was to facilitate Team Unbreakable in a way that allowed the program to reach participants who would benefit from the physical and mental benefits of the program who may not have otherwise signed up. We would definitely consider this one of, if not the major, highlights of this year’s group, particularly in St. Teresa’s Grade 7 class,” stated Derek. 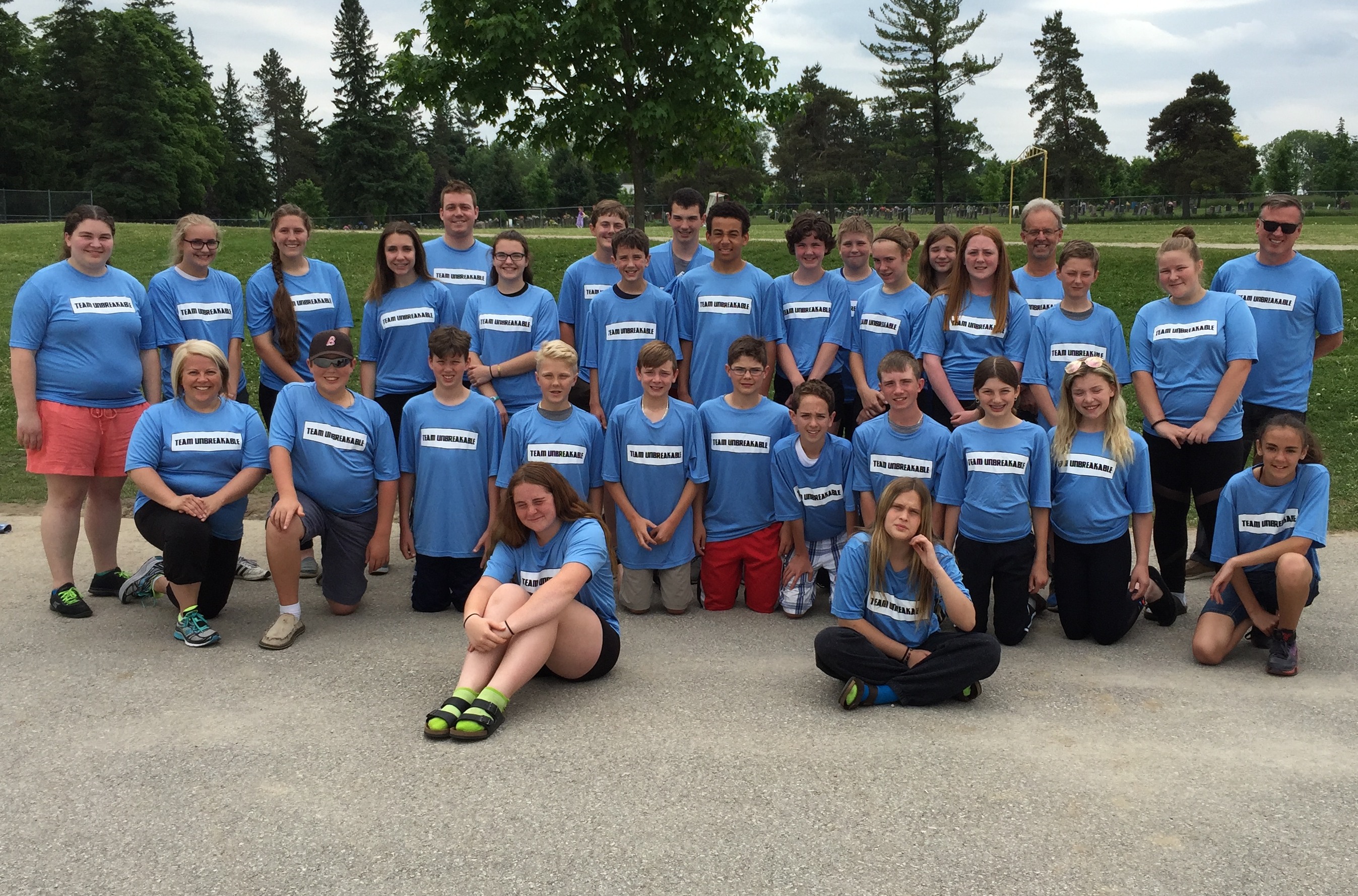 Several of the students came to Susan and Derek in the last few weeks of the program and mentioned that they were not looking forward to the group when they first started, but they were able to stick with it and now looked forward to their Tuesday and Friday afternoons. “We were also very happy to hear from parents at the race who mentioned the positive comments their children had brought home about the group,” said Susan.

“We had each student fill out a pre- and post-run log each session. On average over the duration of the group, participants reported feeling 11% better after runs. After the group, we had each participant fill out another survey; 19 participants stated they would complete the program again, and 17 would recommend it to their friends,” she said.

The program was able to provide free entry for every runner into a local 5 km colour run and we heard excellent feedback from parents, students, and the school. This March we are planning on running three local groups during class time in partnerships with the school boards, with two schools already signed up,” Susan said.

Recently Susan and Derek were asked to speak about the groups they have been running at a Mental Health Champions day for the local Catholic school board. “They were interested in hearing from us about how to start a Team Unbreakable group, and we are hopeful that several of the schools will strongly consider this, since we would like to see as many groups going as possible, both through our direct involvement and schools outside our patient area.”

The Family Health team was very fortunate to receive community support from Trillium Mutual Insurance, Germania Mutual Insurance, and the Walkerton Legion this past year, and look forward to continuing and finding new members of the community willing to support. They are also hoping to hear back soon about some prospective grant applications, but as the number of groups increases and level of involvement grows, the opportunity for Team Unbreakable to hire a program lead would certainly be welcomed with great enthusiasm, Derek said.